The Beatles Guitar and Vocal Club

If you want to learn about music and song writing why not learn from the best: The Beatles. They changed everything. Last year the release of the film Yesterday (2019) re-kindled interest in The Beatles who broke up more than 50 years ago.

Our Beatles Guitar and Vocal Club is in full swing and has had its second session. We learnt how to do Eight Days A Week (October 1964), an early Beatles song that is quite easy to learn.

We learn how The Beatles wrote many of their early hits. For example, Paul McCartney had been banned from driving for a year due to 3 speeding offences. In the taxi over to John Lennon's place he asked the driver how he was doing to which he replied "I've been really busy: working eight days a week!" This became the title of the song they wrote together that night.

We also focus on how the Beatles embraced musical innovation and audio technology. Eight Days A Week is the first pop studio recording to begin with a fade-in.

The next song we will learn is I Want to Hold Your Hand (October 1963), the band's first Number 1 hit in America and the first song to use four-track studio recording. This song was written in Jane Asher's (Paul's new girlfriend) basement. How can you tell it was written on a piano, not a guitar? It features the typical early Beatles falsetto. They at first struggled with the song until Paul hit the B7 chord and John said "That's it! Do that again!".

The third song we will do was The Beatles third Number 1 hit, From Me To You (April 1963). It is typical of their early songs which tended to include pronouns like "I", "me" or "you" in them, as a way of making them "very direct and personal" to the band's fans (McCartney). The middle 8 section was a new step in song writing for The Beatles. We will learn why.

A signature song of the early Beatles and a song credited with launching Beatlemania was She Loves You. Paul said he and John were thinking of a song like Forget Him (1963) by Robbie Rydell. This slow, rather bland song was typical of the popular music of the time. The Bealtes' song by contrast included two vocalists (Paul and John) using the one mic; it clevely mixed major and monor chords and the song actually begins with the chorus like seveeral other well-known Beatles sonsg.

Famous in music folklore was Decca's decision to reject The Beatles and not offer them a publishing contract. Indeed, The Beatles had been rejected by every major recording label and was only signed up by George Martin and Parlophone because he was taken with their personal charm rather than their music. Have a listen to the Beatles' audition with Decca on YouTube and make up your own mind. Were they trying t sound like Elvis?

Students are given some free time to share skills and ideas about the guitar, including the classical, acoustic and electric guitar. The Beatles are famous for using some beautiful chords, and it is the job of every student to learn a new chord each week.

Each week we make an audio recording of us performing. This is a great diagnostic tool that helps us improve and helps document our progress.

The club will run for the whole year which is barely enough time to include all the content we want to cover. 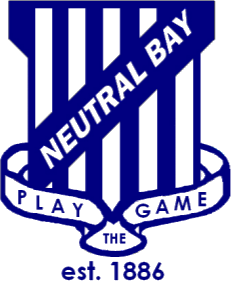